"I believe in the beauty and resilience of my ancestral foodways" 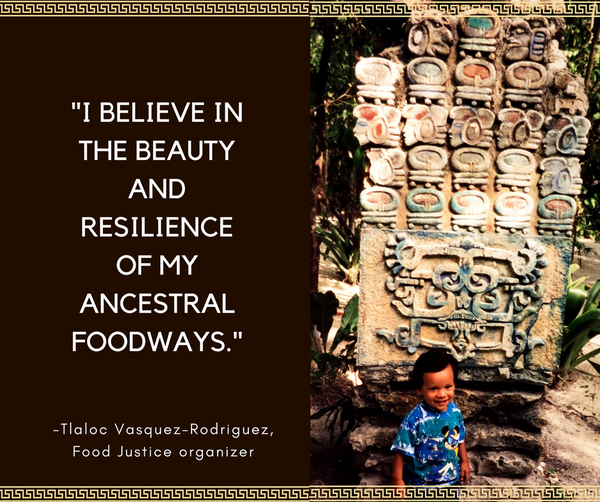 Growing up Mexican-American, I had to wrestle with competing legacies from an early age. I am the product of indigenous Americans and Spanish colonists, all while being raised in the modern US culture.

Foodways are some of the best connection I have to my indigenous roots. Many of the flavors that remind me of home are gifts from my ancestors like corn, beans, salsas, tamales, atole, and so much else.

And while I’ve long known that I’m someone who is generationally impacted by colonization, I’ve only recently come to realize that there are new forms of colonization being carried out by the biggest corporations.

Food patents mean that companies can own food as intellectual property and dictate who can grow it. Monocrop culture threatens the vast diversity of food that exists, and often destroys natural ecosystems to make room for companies to plant a single crop. These are just a few of the ways that my heritage continues to be threatened.

I resist corporate consolidation because I believe in the beauty and the resilience of my ancestral foodways.